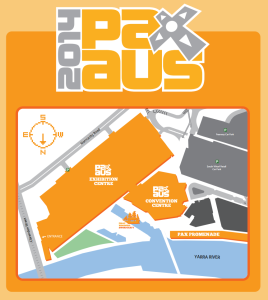 With two days to go, PAX Aus 2014 is nearly upon us. I was in Melbourne earlier this year with a few hours to kill before a flight, so I took a wander over to the MCEC to have a look around, and took a few photos while I was inside.

It’s a pretty decent sized venue. There were a few events in progress and being setup that day which I didn’t want to barge into but I was still able to get a few snaps.

Take a look at the Official PAX AUS 2014 Map (pdf) to get an idea of whats what in these pics, as well as the google maps satellite view:

This pic is taken standing where the Convention Center and the Exhibition Center join up, looking North-East towards the Clarendon St Entrance. The walkway looks relatively narrow: look on the map and you’ll see the halls to the right are huge: this is where the PAXAus expo floor will be. 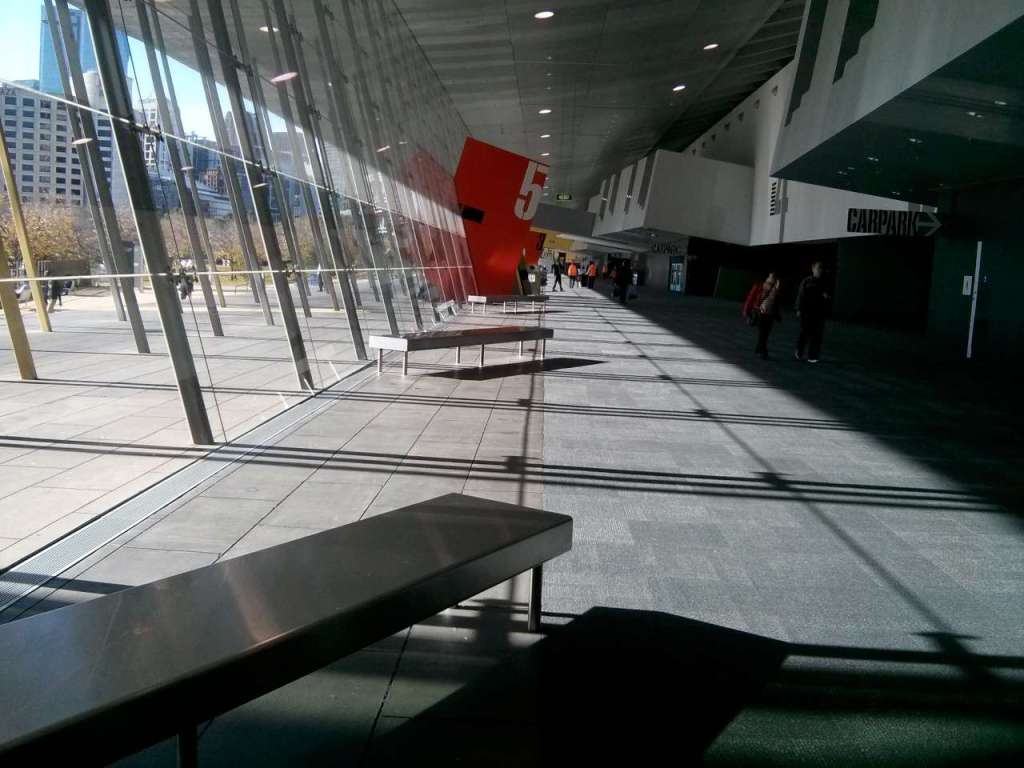 These are taken in the Convention Center, approximately outside where the Kookaburra, Galah and Fruitbat theatres will be. I thought I took some proper panoramic shots here but can’t find them in my camera stash, but you get the idea. Outside you can see Seafarers Bridge over the Yarra river. To the left of that is the PAX Promenade (not visible in pics), and plenty of decent food places at southbank.

Seeing this space in two days time packed to the gills with gamers is going to be epic.