​I had a spare Friday night in Sydney before I had to fly home, and EB Games Expo was on. It was fate.

At first I was like: I travelled 40 minutes on the train for this? 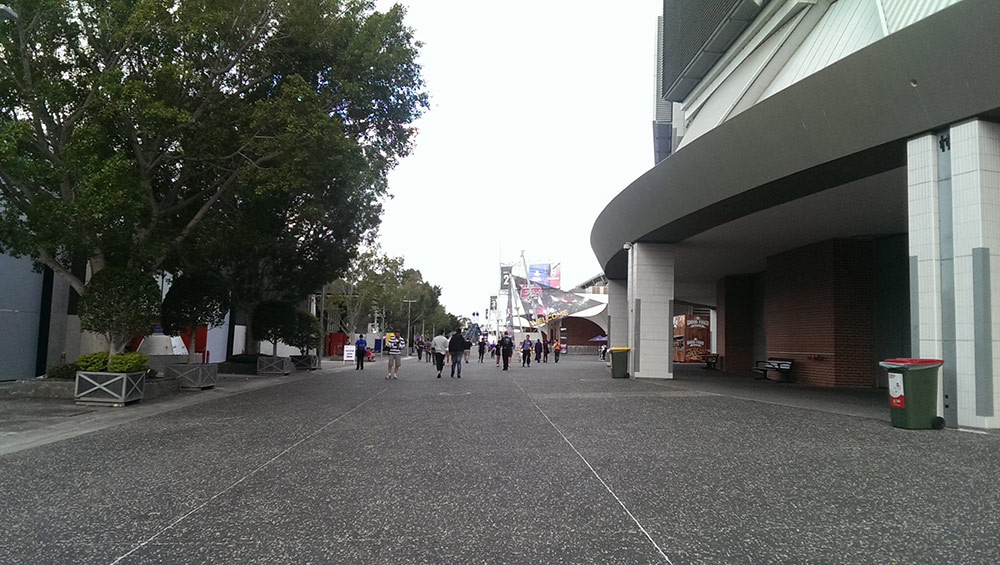 Then I went inside, and suddenly it was okay. 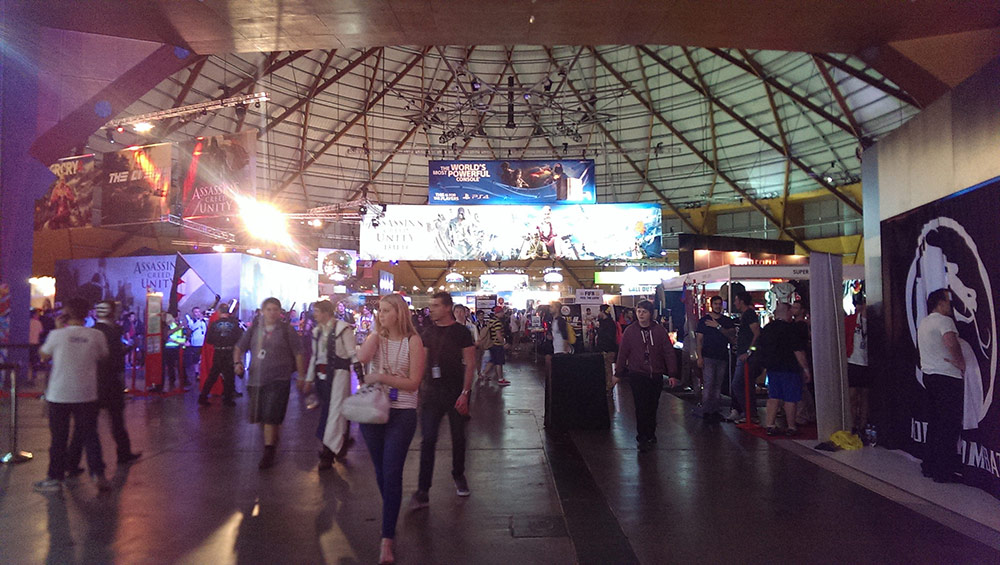 Aside from a food court, a few big exhibits and a freeplay area in a building next door, the whole expo was in one massive building in Sydney Olympic Park. There were loads of game stalls and a massive merchandise area which appeared to sell the combined total merch stock of about a thousand EB retail stores. 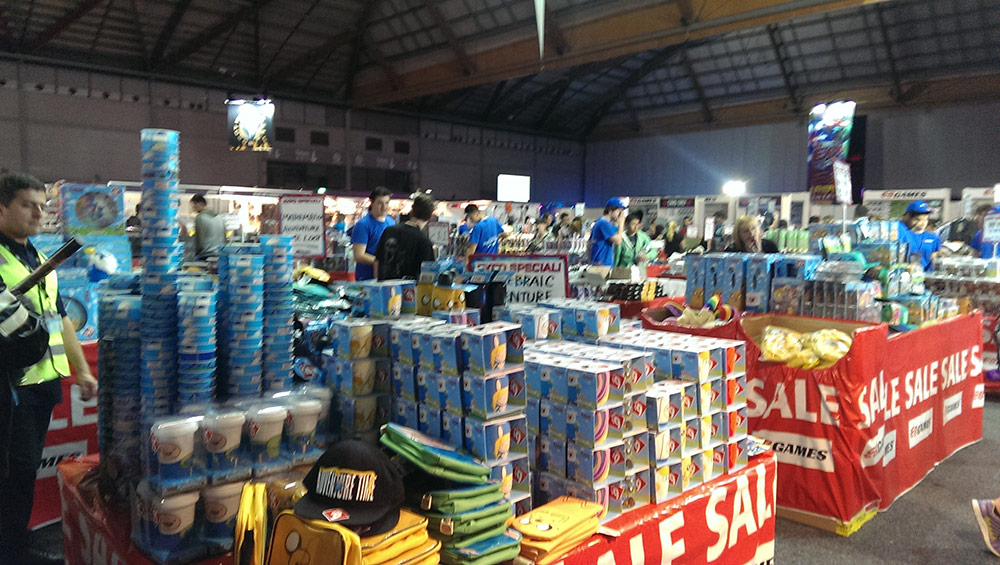 All the big consoles and lots of latest games had a stall each, with loads and loads of stations to play their games.

I had to sit down for a little bit of quiet time when my senses started getting overstimulated. It’s the same feeling I get when confronted with all the lurid colours within a Crazy Clarks store. (Seriously. I can’t stay in one for more than 10 minutes at a time.)

I waited in line for a while to play a new PS4 game called The Order 1886, a quasi-steampunk Victorian-era FPS. It was smooth and actiony with a slight variation on the usual gunfire mechanics, which was annoying until I actually figured out how to play it and from then on we were sweet. It’s due for release in February 2015. Here’s someone else playing it. Lots of cosplayers were in full form. Here are a few favourites, who both made their own costumes: 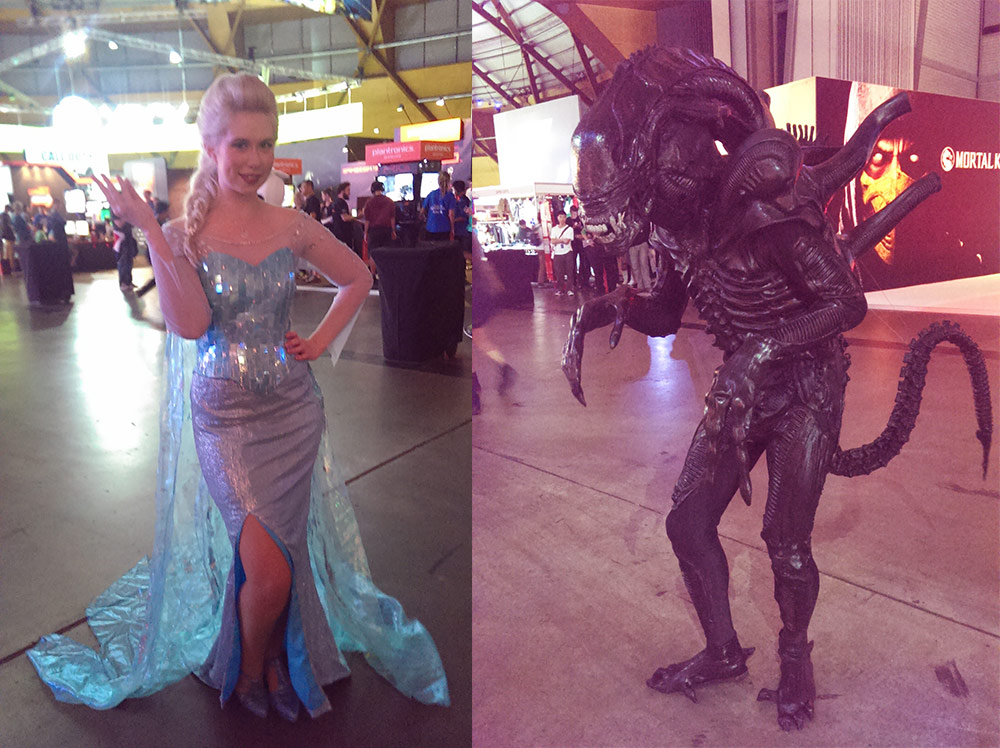 And I sat on a throne. 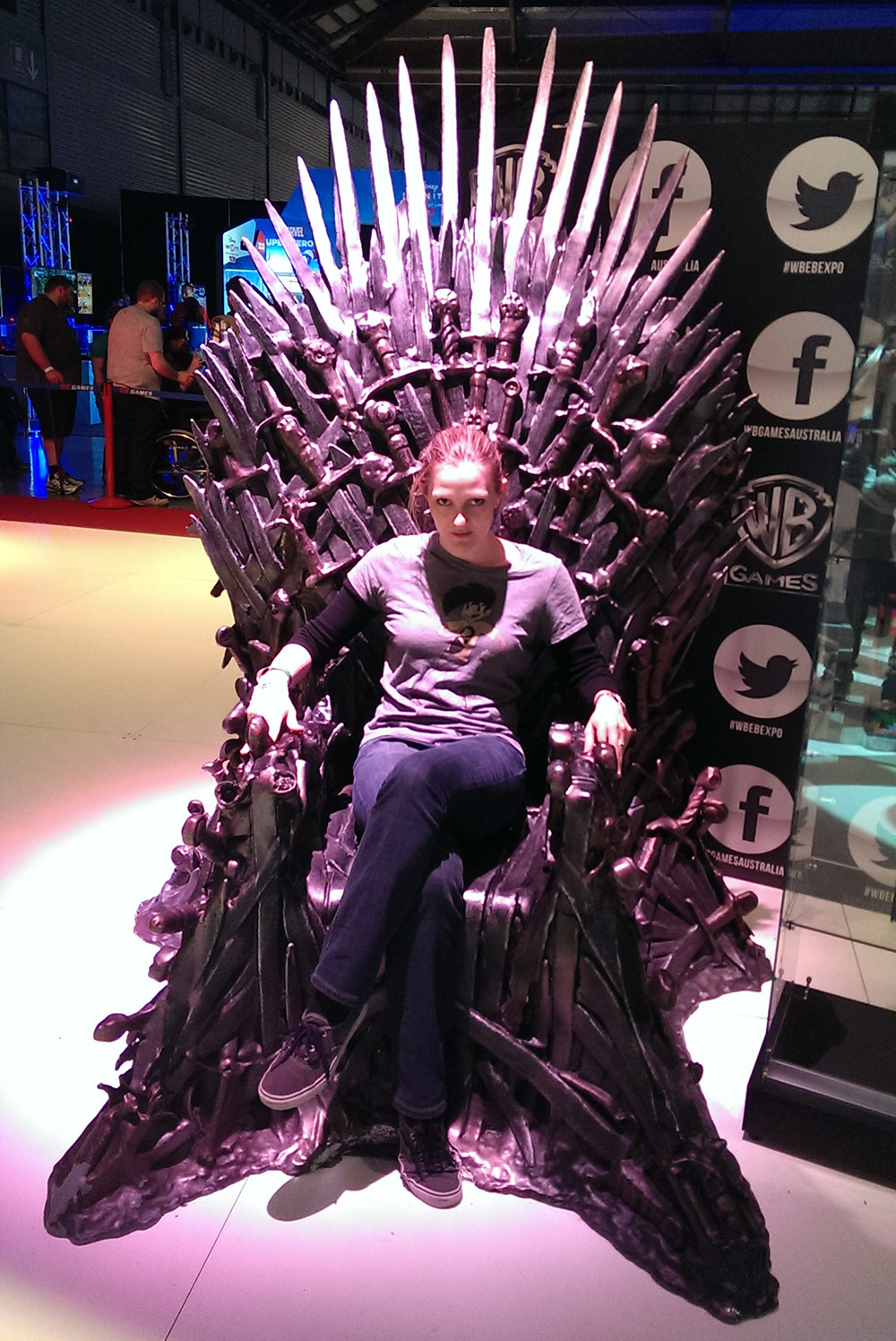 There was a big booth for indie games called Home Grown Gaming, which I thought was nice. The rest were all big budget booths with flashy displays, low-tech light shows, booth babes and merch.

I also sat in on a debate about consoles vs PCs, which I’ve covered in another post.

The ticketing setup for EB Games Expo didn’t seem ideal, as there were no general admission passes that spanned the whole weekend it was on – in fact, not even all-day passes. You had to buy a daytime pass and/or an evening pass for each day, a bit steep at $40 per ticket.

But now that I’ve been, I can understand why you wouldn’t buy a weekend pass. If you get lucky with the queues or pay extra to jump them, you can pretty much knock the whole thing over in a few hours. There’s much, much less stuff to see and do than at PAXAus.

And speaking of which: gaming expos are more fun with fellow Warpkey people Dwight and Glen. Bring on PAXAus in a few weeks!