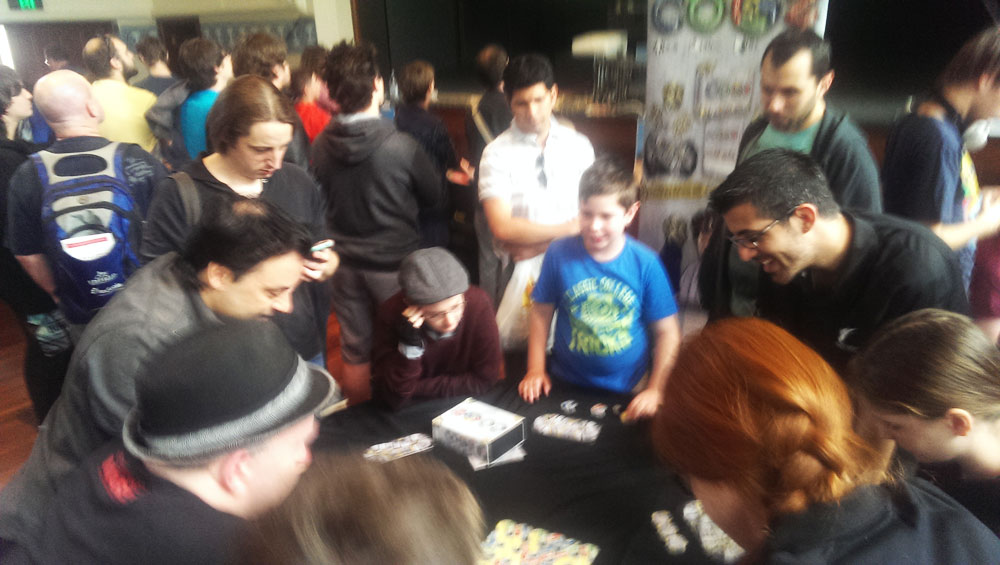 Last weekend, my fellow Warpkey people Glen and Dwight and I turned up at the Perth Games Festival to see what it was all about.

The festival was held at the Perth Town Hall, and the main theatre-y bit of the building was taken up with a bunch of stalls along one end, some tabletops in a corner, some gaming stations along another side and an Oculus Rift demo area in the middle. It looked sufficiently full, and there were loads of people – lots more than expected, or so I heard.

I got to demo a few games, including Paradigm, an adventure game with awesome graphics, a great concept and a hell of a funny script. A similar style to LucasArts’ Day of the Tentacle. Glen and Dwight chatted to creator Jacob Janerka while I proved myself a numpty at the game.

I also tried a kids’ maths game created by an Edith Cowan University psychology professor, which was actually pretty fun once I got the hang of the adding and subtracting functions. Apparently kids usually catch on way faster than I did.

A few other cool-looking games at the festival were:

Big Ore. I was impressed by the tagline ‘In space, no one can hear you cart ore’. Nice. Here’s the dev blog of the creator, Silent Seatbelt Games, and I hope you like your blogs designed simply.

Gundash (below). It was projected onto a big screen and looked like loads of fun – it reminded me of the old bonus arcade style Mario Bros game on the NES. 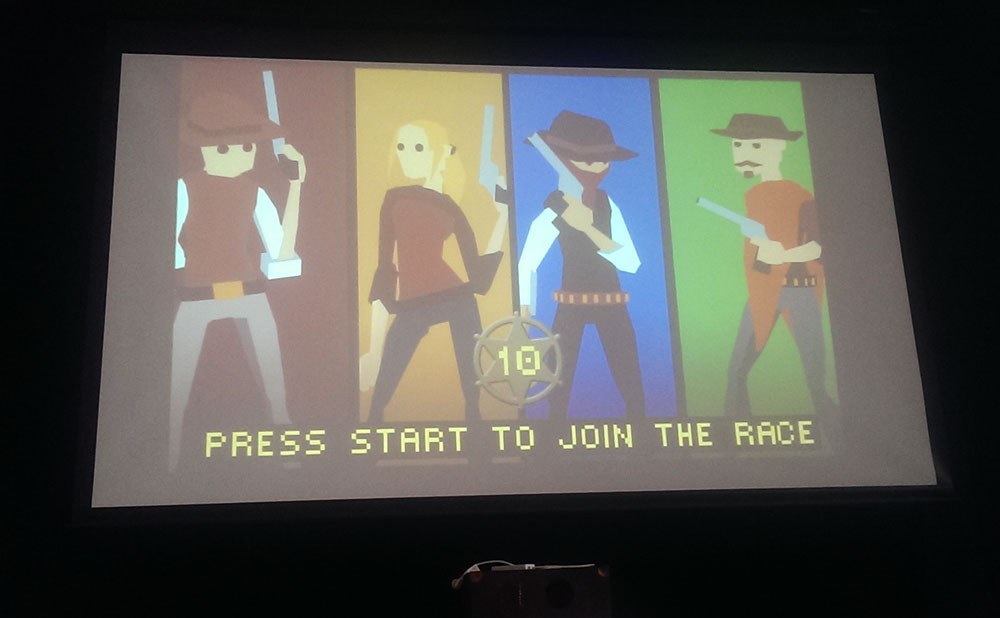 A room off to the side hosted various panels throughout the day. We sat in on a panel for a while but unfortunately a building was under construction next door and it was so bloody loud that I kept missing bits.

The room was very long and skinny.

And the Oculus Rift demo area was sadly empty the whole time we were there, because of technical difficulties or some such thing.

As we left we walked past a bunch of people playing a supersized tabletop game. T’was cool. 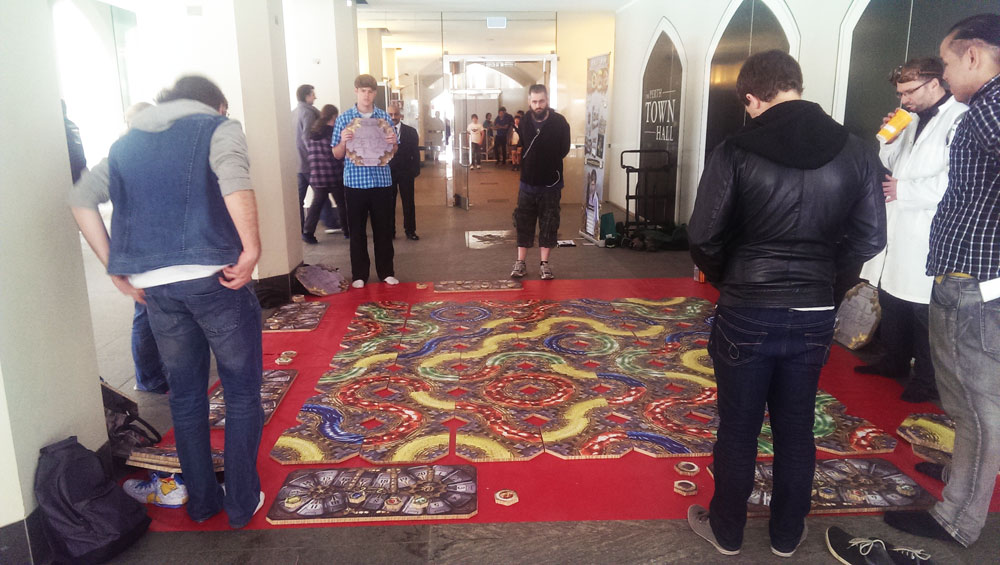 Overall, for an event in a city that’s not really known for gaming culture, the Perth Games Festival was a great show of local game development. Good job guys.