​I’d heard a few casual conversations about whether PC gaming is better than console gaming, and vice versa, but never a semi-formally structured debate. That was about to change, as I sat in on a session titled ‘The Great Debate: Consoles vs PCs, Which is Better?’ at the EB Games Expo in Sydney.

The host was John Robertson, and I’m not sure what I liked better: his hair, his jokes or his dandy pinstripe trench.

Representing the console side was Tara Stuart aka Tazpants, Matt Hewson from The Black Panel and esportscaster Dallas, who centred their arguments around:

The PC proponents were Nathan Bramley who kept reminding us he was a school teacher, actor/gamer/journo Danii Johnstone and game dev Adrian Vergara. Their arguments were:

And then Danii proceeded to wrap up her argument with a gangsta rap extolling the virtues of PC gaming, complete with a backing track and a pause in the middle while we all waited for a fictional console game to load. It ended with a dramatic mic drop. I quietly fell in love.

The debate was judged with the very scientific judging method: cheers from the crowd.

The PC crowd was slightly louder from the get-go but John dragged out the cheers until our voice boxes and eardrums had been sufficiently destroyed in tandem.

And the best bit of all: Matt explaining why console games are more convenient for new fathers.

“When you get a new bubba, you have to hold it all the time,” he explained. “That eats into your gaming time! Or… does it?” And then he used a plush toy as a temporary baby, and this happened: 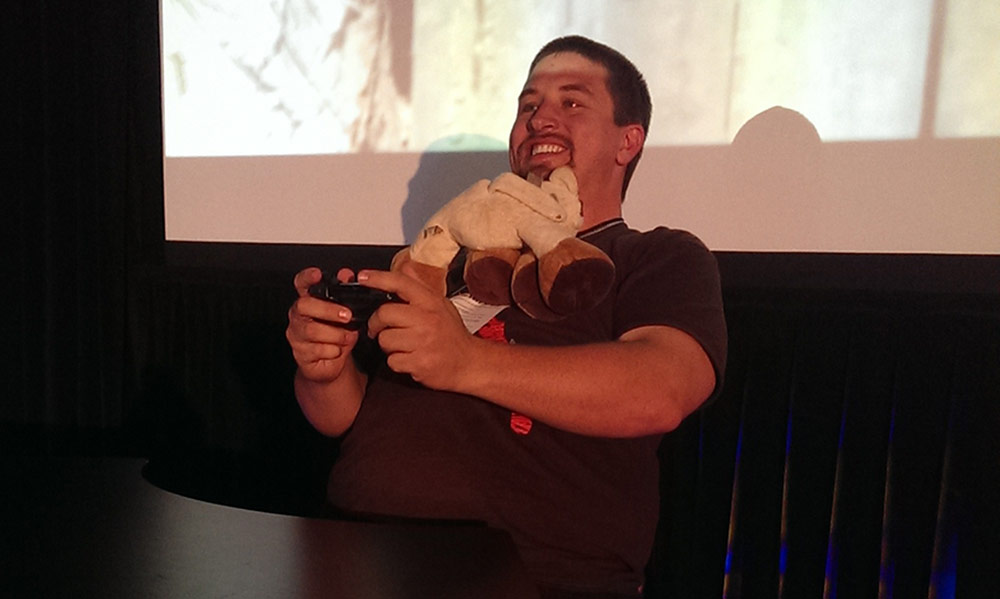 OMG THIS IS GENIUS. He gets to win the debate.